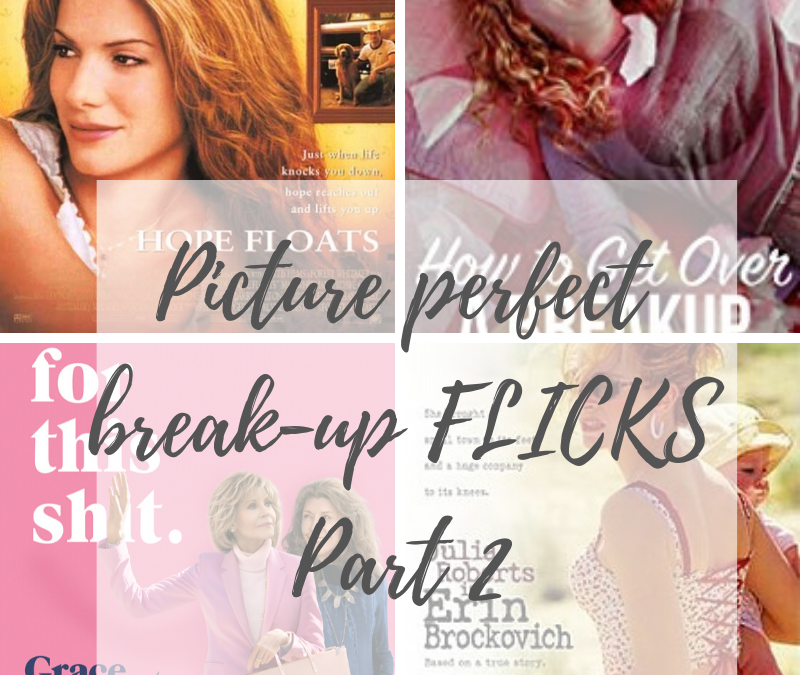 As the holidays approach and winter hits I’m starting to have visions of days in bed with books and movies dancing in my head so, I thought it might be a good time to put together my second list of picture-perfect break-up movies. It’s a bit different from part one in that it includes both movies and tv series. After all, if you really want to veg out and spend the weekend indulging, “binging” on a show can be a lot of fun. Plus. as you will read, a couple of these shows have gotten me through some pretty tough times, including a horrible break-up.

I make it a point to watch all of the break-up movies that I recommend, which is why it took me so long to write part two. I hope that this list will help you to plan the most perfect indulgence period or girls’ night in. Remember, you deserve it. I’d also love to hear from you about what you have loved watching after your break-ups or tough times. Leave me a line! 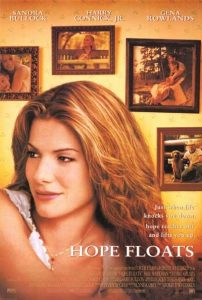 I remember so clearly watching Hope Floats for the first, and second time. I was a junior in high school and this was one of the only movies that I wanted to see that summer that my parents would approve. Well, it’s a gem and I am glad for the blessing of having watched it that summer. Not only does it have Sandra Bullock, Harry Connick Jr., and Gena Rowlands at their best, it is a raw story about starting over after an unexpected life crisis that has a lot of adorable moments and a happy ending. While it may include a scoop of predictability, if you are looking for a cute feel-good flick, this ticks all the boxes. 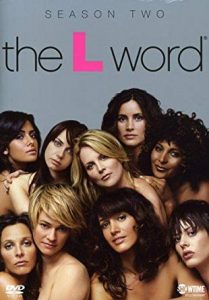 As you may know, I take a lot of my own experiences and things that I have learned along the way in crafting my break-up tricks. One of my suggestions is to give yourself an indulgence pass for a few weeks after a break-up. This is something I learned to do after splitting from my husband many years ago. I just decided I would enjoy having my apartment to myself and spend my free time doing whatever I wanted. One thing I enjoyed was some red wine (evenings only!), Pringles, and watching The L-Word. The HBO series is a great combination of girl power and rooting for the women in the LA community as they navigate adulthood, new relationships, careers, and yes, even a break-up or two. It’s also super sexy and has a great soundtrack. It will definitely get you pushing the “next episode” tab all weekend long. 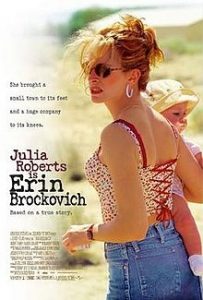 Similar to Thelma and Louise in my part-one, this film doesn’t require an explanation as to why you need to watch it after a break-up, but I will provide it anyway. Scorned woman takes life into her own hands. She is determined AF and when she lands a paper-pushing job at a law firm she decides to make the absolute most of it, and change a few (hundreds) of lives along the way. Erin discovers the power an individual can have in this crazy thing called life and changes her future forever. Plus, it’s based on a true story. Just put it on. 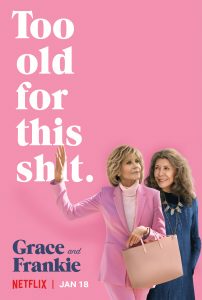 I posted about this show on Instagram recently and I can see that a lot of other people love it too. It’s one of my top suggestions for a gal who is wanting a slow, easy, comforting weekend to herself. If you want to binge on a series and feel great while you do it, here you go. It is a charming piece of work and a great example of a hero story involving women being wronged at the end of a relationship. Plus, it is pleasing to the eye and absolutely hilarious. I dare you to try and get through an episode without having your mood lifted. 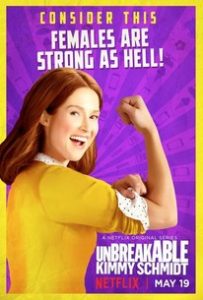 A few years back I got turned down for a great job that I thought I was sure to get. I had not fully embodied many of the tips for tough times that I do now, and I was pretty devastated by the rejection. I was down and out for a few days and a friend suggested that I watch The Unbreakable Kimmy Schmidt while I got my act together. She was right! It is a really fun show about a determined woman who is truly starting her life from scratch (and after escaping from an underground cult, no less). Because she has been away from society for so long, Kimmy is a bit clueless about the way things are done, and hilarious antics ensue. It is cute and quirky and a great distraction from your own problems.

-How to Get Over a Break-up 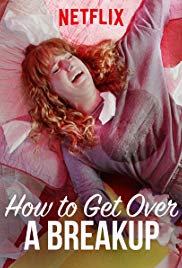 And now to my FAVORITE break-up movie ever!! I discovered this GEM last New Year’s Eve when I had decided to order a pizza and treat myself to some junk food and flicks instead of going out. While the Peruvian film does require subtitles, please trust me, you want to watch this movie this weekend! It has it all: tragic break-up story, hilarious attempts to recover, some stumbles along the way. If you’ve ever been crushed by a break-up I bet you’ll be able to relate to a lot of what the main character, Maria, goes through while licking her wounds and rediscovering the ins and outs of being single after a six-year relationship.