The Break-up Deck: The Power of Affirmations 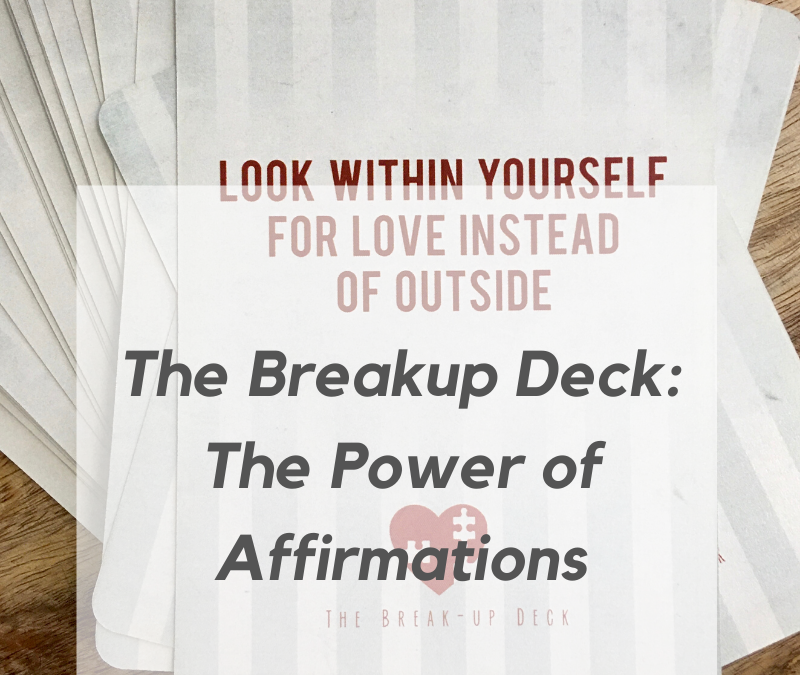 One of the most effective tools that I discovered when I went through my divorce was affirmations. Although I considered what was happening to be a very “worst-case scenario” for my life, in the back of my mind, there was always a glimmer of hope. I felt like something was about to happen. I was surrounded by a very supportive group of women at the time and someone casually mentioned affirmations to me. Something clicked and I posted break-up affirmations in my apartment where I would see them regularly. I had a lot of hard days, but something in me believed that repeating affirmations such as “I have a beautiful life” multiple times a day would work. I was right.

The break-up affirmations were so effective that I have incorporated daily affirmations into my email support program and continue to use them today.

I was excited when I discovered The Break-up Deck on Instagram last year and felt immediately that I would somehow end up working with its creator, Melissa Martinez. We started occasionally messaging each other and throwing around the idea of creating something. We are now embarking on our first collaboration together, and I am so excited to introduce this great product and coach to you! 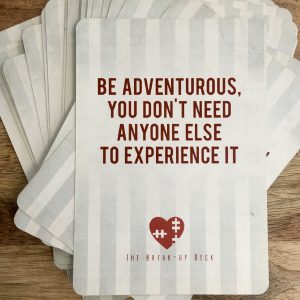 The Creation of The Break-up Deck

Melissa Martinez, aka Divine Scarlet, is a sound healer, an intuitive, and an astrological coach and teacher. She first discovered affirmations over 20 years ago in a ritual class at the beginning of her spiritual exploration. Then, after going through three different break-ups, she set off on a self-love journey and found that many of the affirmations and messages on the cards were floating around in her head.

Similar to my own story, after losing love and finding herself, Melissa ended up with the idea in her mind that other women could use support in taking back their power after a break-up. Incredibly, Melissa told me that when she got the idea to write the cards, she wrote all of them in one sitting. “They just flew out of me,” she said.

Since the first release of the cards Melissa has altered them to be “unisex” rather than geared just toward women, based on feedback she received from customers and other coaches. 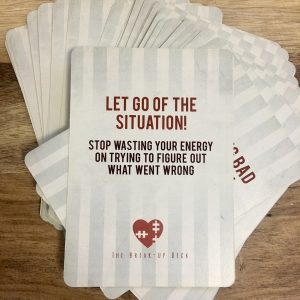 Melissa has found that when people buy the cards, they start to be most effective a few weeks or months later, once the individual is really ready to release the relationship. Then, one might select a different card each morning to help set the stage or mood for the day or use them in combination with other oracle or Tarot cards. Intuitive readers have also purchased the deck to help in giving love readings to clients.

As with most tools in a healing journey, The Break-up Deck and break-up affirmations work if you believe that they will. Just in the way that the power of positive thought helps individuals to tackle all manner of challenges, repeating an affirming message clears the mind and opens the door to a dissolution of limiting beliefs.

Try It For Yourself!

The Break-up Deck and Broken Heart Repair Kit are offering a package of both products right now for $50. That’s delivery of The Break-up Deck to your home plus two weeks of email support. Combined, it is a treasure chest of tools to help you kick your break-up in the butt and journey deeper into understanding your power and ability to create the life you want. PLUS — we are offering a coaching session with one of us for anyone who purchases the package in the next two weeks.

We both know that this break-up is just a bump in the road for you. We can’t wait to provide you more support. 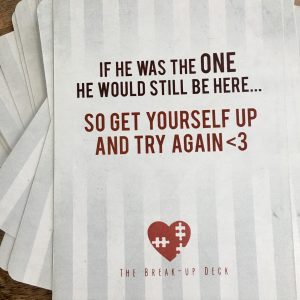